Conference report and VoD: Piracy on all waves?

The different phenomena of piracy of intellectual property (IP) are widespread and have a significant commercial impact both for the respective rightsholders as well as the entire value chain, especially in the audiovisual sector. All categories of rightsholders such as authors, music composers or producers have their stories to tell in this regard. However, the perspective of providers of linear broadcasts is not in the focus very much, except when it concerns the piracy of broadcasting of live sport events. There is a widespread misconception – whether deliberate or not – that “free-to-air” means “free-to-use” even for a commercial use; at least that explanation is often heard across the globe when unauthorized use of works or other matters protected by copyright or related rights occurs.

In order to shed more light on the specifics of IP law concerning the use of protected broadcasts, a conference jointly organized by the Department of Law of the University of Luxembourg’s Faculty of Law, Economics and Finance and the Institute of European Media Law (EMR) dealt with a specific issue that is very relevant. Moving away from the perspective of copyright violations concerning authors’ rights, it took a closer look at the situation of broadcasters of (linear) television programmes from an economic, technical and mainly legal perspective. Their legal position and the question of protection of the signal transmission against unauthorized “re-use” is addressed partly in EU and partly in national law. The aspect of enforcement of their rights is especially significant which is why we also discussed recent developments in this regard.

Prof. Dr. Stephan Ory, the director of the EMR, introduced the conference by providing an overview of the different phenomena of unauthorized re-use of broadcasting signals. Setting the scene, Ory defined “piracy” as the topic of the conference meaning piracy of IP in broadcasting of (linear) television programmes. He in particular highlighted the various technical means of such broadcast piracy, a global phenomenon which is estimated to cause annual damage of well over one billion Euro in the EU alone. Given the various shady means of broadcast piracy, numbers are difficult to determine but based on recent studies, Ory provided estimates as to both economic damage in some markets as well as user numbers of these illegal services. Tackling broadcast piracy and legal enforcement of rights, he concluded, is not only a huge problem in terms of dimension but difficult and in some cases for factual reasons almost impossible.

The analysis of the difficulties in substantive law was presented by Prof. Dr. Mark D. Cole, Professor for Media and Telecommunication Law at the University of Luxembourg and Director for Academic Affairs of the EMR. He started out with the asking the question: “Free-to-Air = Free-to-Use?” concerning the retransmission of broadcast signals without rights-clearance. Against the background of a pending case before the Court of Justice of the European Union Cole presented both the relevant secondary EU law, in particular the 1993 CabSat Directive, and CJEU jurisdiction, both of which have decisively shaped the rules as to protection of relevant IP. Even though the legislative framework on EU level was now very advanced in many aspects of IP law, it could still be characterized as piecemeal in his view, resulting in continued relevance of national law of the EU Member States. Cole gave an overview of related rights of broadcasting organization and then focussed on the issue of cable retransmission to demonstrate the open questions when it comes to how broadcasters can react to such retransmissions taking place without authorization. Cole in particular dealt with the CJEU “hotel-case law” on retransmission of broadcast signals (typically received via a satellite) by hotels to their guests and thereby offering them as added service access to programmes originating in other Member States. He underlined the opportunity that the pending case C-716/20 provides in answering the still open question of interpretation of “cable retransmission“ because clarifications on the substantive law are only the first (but important) step to avoid “free-riding“ –  the next big challenge would then be to enforce these rights in practice.

The presentation by Prof. Dr. Eleonora Rosati, Professor of Intellectual Property Law and Director of the Institute for Intellectual Property and Market Law at Stockholm University and also Of Counsel at Bird & Bird on “’Streaming without Frontiers?’ – Enforcing with many Frontiers” dealt with exactly that issue of the difficulties in the enforcement of existing rights. Rosati started by emphasizing the territoriality of copyright even though many infringements were of cross-border nature and especially the internet had a (potentially) global reach. She emphasized how the IP rights, in particular the EU right of communication/making available to the public, were of a multi-layered nature, not least due to offline and online aspects coming with it. Referring to the numerous cases decided by the CJEU, Rosati held that defining the meaning and scope of these rights has been challenging, for example concerning the notion of “act of communication” or what constitutes a “public”. Rosati elaborated extensively on Article 17 of the new Copyright in the Digital Single Market Directive 2019/790, but also took into account the impact of the planned EU Digital Services Act (DSA). Moving to actual enforcement, Rosati mentioned the legal principle in IP law that the law of the country in which legal protection for the IP is claimed applies and discussed the relevant CJEU cases in that context. Rosati concluded with an outlook, in particular as regards a potentially higher level of harmonization with the EU DSA, a potential sports events organizers’ right but also activities towards a new WIPO Treaty.

The online conference was very well attended and concluded with a discussion between the panelists and audience. We provide you above with the recording of the conference so you can view it in case you missed it. In addition, from early March, you will find below an article by Prof. Cole (in the SSRN Working Paper Series of the University of Luxembourg) in which he discusses in more detail the topic of his presentation.

You can download Mark D. Cole’s article „Retransmission of broadcast signals by cable in hotels – An analysis of the EU CabSat-Directive in light of a pending CJEU case“ HERE 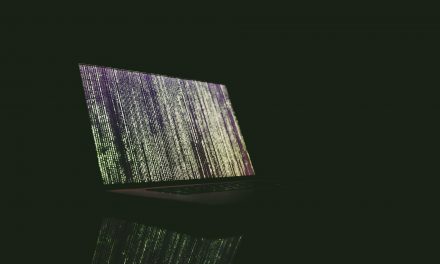