On March 29, 2019, the United Kingdom (UK) wants to leave the European Union. However, the Brexit negotiations are currently in full swing and should address important issues relating to post-contractual relations between the EU and the remaining Member States (MS), on the one hand, and the UK, on the other.

The AV sector is a fundamental issue in Brexit negotiations due to the importance of the UK as a player in the cultural industry. A great number of AV productions are created in the UK, which also serves as a hub for providers to disseminate their services across the Member States of the EU. Against this background, at the request of the CULT Committee the Policy Department for Structural and Cohesion Policies commissioned this study prepared by the Institute for European Media Law, which provides information on and analysis of the likely impacts of various post-Brexit scenarios on the EU regulatory environment for the audiovisual sector including relevant rules in copyright law.

To identify the levels of integration of the markets in question, the study considers possible post-Brexit scenarios, selected in order to show their different impacts on the EU regulatory framework, envisage the UK maintaining a close link to the EU via EEA membership, the use of comparable bilateral agreements without the UK being a member of the EEA but instead of EFTA, customs union arrangements that include free trade, or a free trade agreement with negotiable degrees of access to the respective markets.

“In terms of trade rules, irrespective of the form chosen for Brexit, the GATS framework would in principle continue to be applicable to the AVMS sector due to the definition of ‘services’ contained therein, but only at a low level. Also, post-Brexit there would be no obligation for the EU MS to continue to treat the UK as one of them, as the GATS’ most favoured nation principle would not require the application of intra-EU standards to non-EU states. This is due to the rule that GATS signatories may form integrated market areas (such as the EU Digital Single Market), the members of which may be treated more favourably. The Council of Europe Convention on Transfrontier Television – to which the UK and the majority of EU MS are party – will be of relevance. Whereas Union law takes precedence in the relationship between signatories to that Convention which are also EU MS, post-Brexit the CTT could fill the gaps left by the no longer applicable AVMSD for the UK. However, the Convention has a limited scope in terms of services covered, is still limited to TV broadcasting, and lacks an enforcement framework comparable to the Directive’s.

In FTAs including recent agreements entered into by the EU, there are numerous exceptions or exclusions in relation to the AV sector. Considering those together, one may conclude that for this sector a cultural exception understanding has developed. This observation is supported by references – such as that in the CETA agreement with Canada – to the UNESCO Cultural Diversity Convention, even if the latter does not take precedence over FTAs. This means that it is unlikely that in a FTA even of extensive scope the AV sector would be fully included.

In this light, it is necessary to consider the main elements of the AVMSD as the cornerstone of EU media law. The AVMSD determines the COO principle which is not limited by the exceptional procedures foreseen under the Directive allowing MS to take measures against circumvention of their regulatory regime or to temporarily suspend the dissemination of ‘incoming’ content. Such procedures were introduced to ensure that the COO principle is not abused by providers. But they constitute exceptions to the rule. After the 2018 reform MS will have the possibility to apply rules on financial contribution obligations to providers of non-linear services even if they are not subject to that MS’ jurisdiction but target its market successfully. Because of the importance of the COO principle, the criteria defining jurisdiction of a MS over a provider are key when interpreting the Directive. Besides the primary criteria for providers established in a MS, the relevant provision also includes secondary criteria that allow the inclusion of non-EU-MS-established providers in the AVMSD regulatory framework if these providers use satellite technology, either relying on the place of the signal uplink or the State whose satellite capacity is being used for dissemination. The applicability of the AVMSD to UK-based providers post-Brexit will thus depend on either the applicability of the secondary criteria or on their place of establishment if this is in a MS.

The AVMSD provisions that require broadcasters to reserve a majority of airtime to European works and – to a lesser extent – the future similar obligation for on-demand providers’ catalogues contribute to the goal of promoting the creation of European content. Since works originating in States party to the CTT are included in the definition of European works, UK productions can continue to be taken into account after Brexit to meet the required quota. The extension by the 2018 reform of quota rules to on-demand services as well as financial obligations potentially to external providers will lead to a further strengthening of the production of European works – which will in turn not be impacted significantly by Brexit.

The scope of application of the AVMSD is extended by the 2018 reform to video sharing platforms. As the COO provision in the AVMSD is not applicable to the latter, there is a specific jurisdiction rule which allows MS to apply their rules also to providers not established as a company within the EU, if there is some link to the territory of that MS. The VSP-related provisions are expected to have a noteworthy impact on the market and the way services are delivered in the EU, which is why it is possible that new instruments introduced by the providers to comply with the rules will be used irrespective of whether the service originates in the UK or an EU MS. Also, the company structures in the sector are of a kind that the VSP-related provisions can extend the scope to companies that may not offer the service from an establishment in the EU but out of the UK, provided that part of such a company is within the EU.

As concerns copyright, it is important to recall that the relevant framework is largely harmonized at EU level in many interlinked legal bases that will not automatically continue to apply post-Brexit. While copyright is shaped to quite some detail by treaties at international level, which in turn have been integrated in the EU acquis, EU copyright protection goes well beyond the conventions in the WTO and WIPO set-ups. Fundamental rules such as the principle of exhaustion or issues of mandatory collective licensing, portability of online content, rights clearance in the light of the COO principle and the use of orphan works will no longer be applicable unless specific arrangements are made. Apart from horizontal harmonisation rules for some aspects – especially the author’s rights –, there are a number of legislative acts specifically applicable to the AV sector. In future, the Portability Regulation could be one of the instruments with significant practical impact allowing movement of copyrighted digital works for subscribers to services offering such content. Trying to achieve comparable results by individual negotiations for rights clearance would prove burdensome and unlikely.

For copyright, the UK’s continued membership of the EEA could provide a level of protection for copyright holders approximate to that within the EU. Without an inclusion in the copyright framework the practical consequences for acquiring and clearing rights would create additional burdens, both for providers in the EU seeking to use the UK production market as well as rightsholders when agreeing on licensing conditions for dissemination or distribution in the EU MS. In addition, collective licensing schemes as well as reliance on the COO principle for satellite and cable retransmission would cease to function in the UK and for UK market participants. An agreement covering all these elements outside an EEA scenario would be far-reaching and require an unprecedented specific legal construct regarding the overall Digital Single Market.”

Finally the study points on the future evolution of the legal framework for the DSM, in particular regarding the newest amendments on regulating online providers and platforms, which needs to take place with or without the UK being part of the debate and should not be slowed down by Brexit. Ideally there is a close alignment of rules for the sector between UK domestic law and EU law, as providers will likely anyway follow EU rules for services on offer across Europe even when not based in the EU as well as concerning the service when targeted to the UK as non-EU-MS.

The executive summary is available at: http://bit.ly/2Antl0H

The Research for CULT Committee – Audiovisual Sector and Brexit: the Regulatory Environment is available at http://bit.ly/629-177 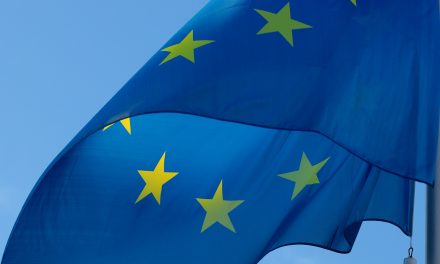